Loosely Based On Fiction 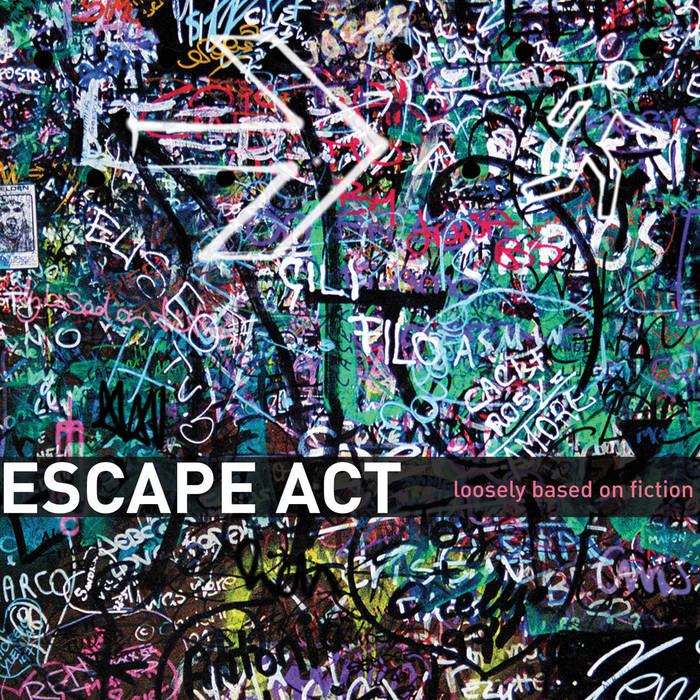 8 out of 10 - “These are songs to make your inner indie boy rejoice. The debut album from Belfast’s Escape Act, Loosely Based On Fiction drips indie melodies like tears from the sainted eyes of Morrissey.” - Francis Jones, AU, reviews LBOF. read in full.

17 Seconds on Broken Chin - “Rather like the Strokes, here is a band who have realised that less is definitely more. Pure punky joy.”

Devil Has The Best Tuna - “They effortlessly straddle the jangling, punkish new wave of The Undertones and Stiff Little Fingers (’God Says’, ‘Laid Open’ and ‘Jupiter Storms’) and the more melodic harmonies Irish Americana (Irishcana?) of The Thrills (’Broken Chin’ and ‘Sullied Behave For The Moon’). ”

“…a blistering burst of Undertones punk guitar and Morrisseyesque vocal that’ll have you jumping round the room like a kangeroo on a pogo stick.” Devil Has the Best Tuna on God Says

If you'd like a special digipak CD, limited edition booklet, and other cool stuff, visit our online store at: www.escapeact.com/index.php/shop/

Loosely Based On Fiction was written by Chris Heaney and performed by Escape Act. It was recorded by Andy Miller at Chem19 Studios in Glasgow, UK, and mastered by Kenny MacLeod.

Our artwork was designed by Alan, and features a picture of Romeo and Juliet's Grotto in Verona, taken by Norman Taylor.